In 1956 many slaughters were committed in “Khan Younes camp”,  “qalqelia”,  “Kafar Qasem”, and Ghaza

In the war of 1967 israel made air strikes against Palestinian cities and towns, these air strikes made more than 350000 Palestinians to migrate to new camps that were created to receive this large number of refugees.

In 1973 Egypt joined Syria in a surprising attack against Israel in the sixth of October, which was a religious day in Israel, and a sacred day to fast. The Israel forces weren’t able to push back the attack after the Arab forces controlled the war, and after a lot of losses in equipments and lives.

The Soviet Union was one of the great forces that supported the Arabs, in addition to Kuwait, and Saudi Arabia that was offering funds to get high-tech weapons from the Soviet Union. Also, The Arab countries cut their supplies of petrol from America and other western countries because of supporting Israel.

Israel didn’t have a choice but to rely on the United States economically, and militarily, but even that didn’t help Israel.

So, America focused on peaceful solutions. Therefore, president Richard Nixon sent his secretary of foreign affairs Henry Kiesinger to negotiate to cease-fire between Israel, Egypt, and Syria which was a success in stopping the battle in 1974. 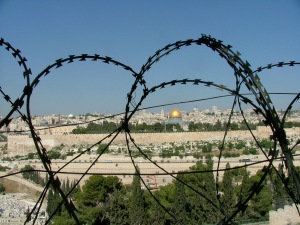 Menahiam Begin was the first Israeli prime minister to sign a peace resolution with an arab country after “Anwar Al-Sadat “ the Egyptian president invited him to negotiate.

After a long talk in “camp david” between the two countries a peace resolution was signed in 26 march 1979 with the sponsorship of Jimmy Carter the US president.

The Slaughter of Sabrah and Shateela

In the early 80s the Palestine-Israel relations entered a new period of instability. The Palestinian Intifada started as strikes, protests, rock throwing, and militarily operations against the Israel forces. In return the Israel army suppressed these protests with violence, ruining houses, and confiscating lands, which moved the Palestine-Israel case, and charged a lot of charges against Israel by the United States and the United Nations.